Elizabeth Botham and her husband John had five children and ran a farm in Wykeham . They lost everything in an outbreak of cattle plague and moved to Whitby to make a new start. While John was trying to re-establish himself managing a farm, Elizabeth was having more children, and to make ends meet, selling her home-baking around the area and at market, setting out with a green handcart fitted with shelves.

As Elizabeth's reputation for her baking grew so did her family and a move to Raglan terrace saw the opening of the first Botham's shop in 1865. After a few more years Botham's moved to Skinner Street, with a shop and an Ale house known as "the hole in the wall". John died in 1880 shortly after Elizabeth had given birth to their fourteenth child. 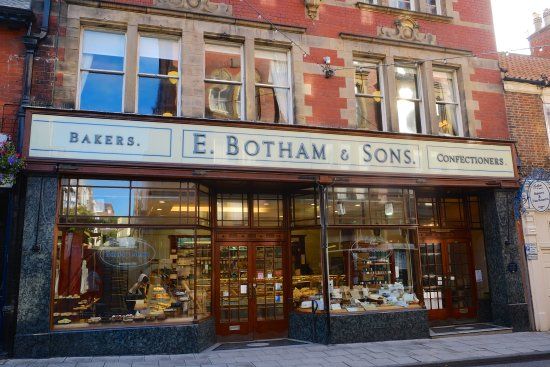 By the turn of the century the shop had expanded along the street and included the Ingleneuk café. Elizabeth had bought Stakesby Manor with its farm on the edge of town. Botham's also added a branch on Baxtergate and Elizabeth's sons Jack and Arthur took over running the company.