The novelist was born in Whitby into a family of shipbuilders. Known as Daisy when she was a child, she lived for six years in the Saxonville Hotel, Ladysmith Avenue. She studied at Leeds University where she won a research scholarship to Kings College in London. She earned a Masters of Arts degree in 1914. 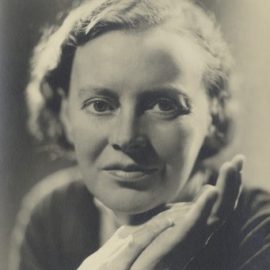 Jameson worked in the publishing industry as a copywriter, then as a critic and editor of a weekly magazine. She went on to teach before becoming a full-time writer. She married the author Guy Chapman in 1926 though she continued to be published under her maiden name, Storm Jameson.

Three of her novels, The Lovely Ship, The Voyage Home, and A Richer Dust are a trilogy about the history of a shipbuilding family, no doubt based on her own in Whitby. She was a progressive and received acclaim for her novel, In the Second Year, about a fascist takeover of Great Britain. She also published three novels in the names of James Hill and William Lamb.

Jameson's collection of novellas, Women Against Men, was admired by The Times reviewer Harold Strauss who said that so completely was she the master of her art, so instinctively the craftsman, so superlatively the selective artist, that a restrained evaluation of her work was difficult for a student of the novel. Jameson wrote the introduction to the 1952 British edition of The Diary of Anne Frank. 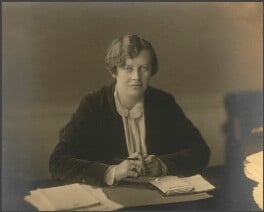